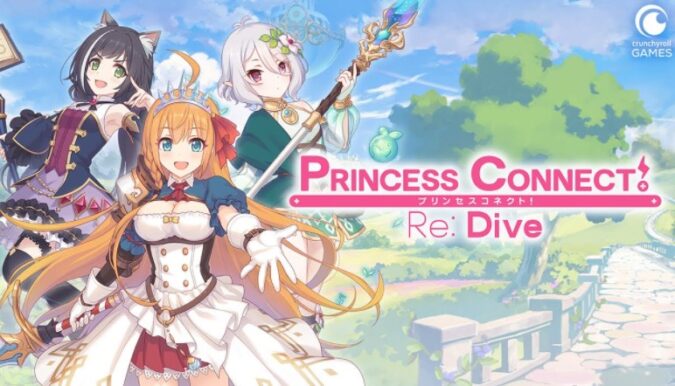 Princess Connect! Re:Dive is a real-time action role-playing game. Players can organize parties with up to five members to participate in various modes, such as main quests, player-to-player (PvP), and new characters can be acquired through a gacha technician or exchanged for memory fragments for each character (event-only characters are not allowed). Players can also configure the Clan to qualify for the Clan Battle and interact freely with each other using text or in-game emoticons in the Clan Room.

All playable characters in the game include two skills (character-based) and the EX skill (stage skill) that the player can manually activate as soon as the Union Burst Meter (TP in Game) is charged depending on the character. Start each battle) and automatic regular attacks. Players generally cannot control the character’s skills and activation of attacks, except for Union Burst. However, all PvP Arena modes are strictly applied to auto-play, where the character’s Union Burst is activated as soon as the TP is fully charged.

A tale that resonates: the tremendously popular RPG, Princess Connect, is here for a global audience.

Princess Connect! Re: Dive is finally available worldwide! A blockbuster title that enveloped Japan and China with its success, the game arrives upon new shores thanks to an exciting collaboration between Crunchyroll Games, Cygames, and funplex.