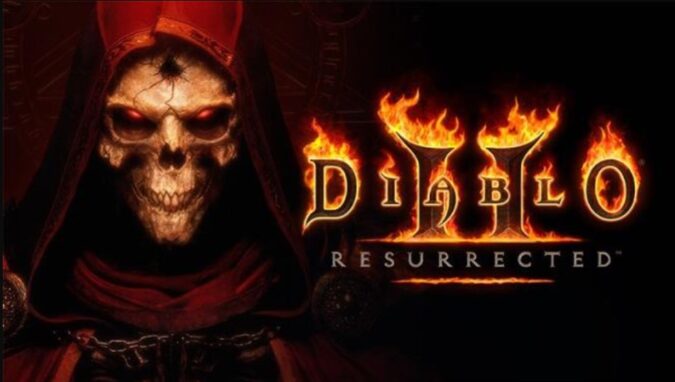 Improve convenience
The private stacey extends to 48 → 100
Add Shared Stacy: Depending on the progress of the game, it starts at 100 spaces and extends to 300 spaces. Single-play characters, multi-play characters, ladder characters, and standard characters are not shared in the warehouse due to security concerns.
It’s much easier when you compare your character’s statistics and items. First, an advanced status window (such as horsepower regeneration rate, magic damage reduction value) is added next to the status window. This allowed us to immediately understand which items effectively affect the statistics of the current character.
When comparing newly acquired and wearable items, you can compare statistics as soon as you press Shift and take the cursor.

Automatic acquisition of gold coins has been added. Settings allow you to turn it on and off.
It supports systems that automatically participate in games and automatically invite people. You can turn it on or off.
The mercenary’s skill level and type are displayed in the Mercenary Status window.
In the case of basic attacks that shoot arrows and bolts, and the casting of scrolling village doors (town portals) and item sensitivity (identifying pies), the amount remaining is displayed on the icon.
A Refresh command is created on gambling interfaces with NPCs such as Gid and LGS, allowing users to change gambling items without updating conversations every time.
pluralistic policy
It is released as a console as well as a PC, and the console platform covers the entire 8th and 9th generation consoles, and progress between platforms is linked, but it does not support cross-platforms that are multifunctional with other model users.
For console and gamepad users, we’ve introduced some basic distance concepts for mobile technologies and designation technologies. The technology refers to the instantaneous movement of element lists or the leap of barbarian warriors, and moves to the same clickpoint as before when operating the keyboard and mouse, but moves the basic distance when using the game pad. He explained that he will introduce a mechanism for manipulating skills that utilize various objects on the screen such as instructor’s technology later.
When you plug in the pad, you can automatically recognize and use the pad’s UI. For pad operation, six skills such as Diablo 3 can be used at the same time, and the key setting can be set to two sets.
The questioning system is added to the console version.

Graphics
A new graphics engine has been applied, but the source, the default core system, returns to the background. Thus, as with StarCraft Remaster, existing toggle keys are supported, and one shortcut can be switched to classical version and remaster version graphics. The graphic shows more than 60 frames, but internally, all systems are treated as 25 frames. The position of the character’s movement looks completely 3D, but it is treated as a lattice just like the original.
The original is based on sprite, but the leisure model is based on 3D modeling. This is because some of Diablo 2’s graphic escorts were lost and graphics were completely renewed. In addition to ##, physical rendering and 3D rendering, dynamic lighting and support for up to 8K resolution, and 21:9 wide-screen ratio, which was not implementable in the 2000s, are added to confirm these details during playback. Through the enlargement function, you can see the details of the character, including the appearance of the rune, as well as the decoration of the armor.
Added text resizing feature.
The actual item and the picture are almost the same. In the case of unique items used in color play or head tube (one) items without wearing a shot, wearing graphics were made respectively.
The 28-minute cinematic video was also improved, and there were no sound resources left, so it was newly recorded.
Zoom function has been updated in the first and third episodes.
The sacred shield (holid) technique of the Knight, which was replaced by a cross-shaped white shield pattern, has been replaced by a pattern engraved on the shield.
sound
Korean language support has been confirmed like StarCraft Remaster and WarCraft 3 repertoire. However, it has yet to be decided whether to complete proper nouns such as StarCraft 2 and Diablo 3, but the above-mentioned two remaster games have been applied as a complete version in Blizzard, and the names of each job have been marked as a complete version on the official website, and the connection to the sequel seems clear.
Supports 7.1 channel sound.
The Control Volume Details option is added.
Multiplay
Reducation uses Battle.net 2.0. Because of this, the existing Diablo 2 Classic (Battle.net 1.0) is incompatible with multiplayer and uses a separate server. Therefore, there is no Open battle.net using single-play data, and the Battlenet character of Classic Diablo 2 is not available in leisure. in other words